Japanese People and Their Culture.

Characteristics of The Japanese People.

Racial uniformity
The Japanese,though not a single race in the strictest sense of the word (the Ainu for instance have lived in Japan from ancient times),are,compared with a multi racialsociety like the United States,racially very Uniform,despite a population of 130 million occupying a coutry smaller than the stae of California.

Group Consciousness
Because historically the government has regulated life down to the smallest detail, the Japanese tend to think in terms of the group, the society or the nation, rather than the individual.
They avoid confrontations with others, and prefer to do whatever others are doing.
The harmony of the group is prized, and so those with a strong individuality are regarded as heretical and are ajected from the group.

Such thinking is well illustrated by the proverb “ A protruding nail should be pounded down”.

The Japanese like taking part in group activities, such as outings, school trips,sports,meetings,radio calisthenics,and organized overseas travel.
They feel comfortable within the group;a current joke has one Japanese saying to another “If everyone crossed the street at the red light,Iwouldn`tbe afraid to cross either!” The ability to act in groups is definitely advantageous when the enterests of a company, for example,are to be furthered,since members aree able to negate their own individuality for the broader interests of the group.

Most public high school students, and the majority of children from kindegarten age attending private schools,wear uniforms.The acceptance of uniforms is aided by the strength of group consciousness, a tradition which prizes a standardized esthetics, and sheer economic practicality.
Many companies even provide uniforms fortheir employees,and, reflecting the way all ranks work together in the same physical space, there is no difference between the uniforms worn by management and by ordinary workers.

The Japanese are extremely enthusiastic about education.Ninety-nine Percent of the school age population attends school,and 30% of students go on to university.
Until the end of the second World war,all children studied from the same authorized textbooks.Even today, children use text books selected from among an umber approved by the Ministry of Education,and ,another measure of the prefence for uniformity,educators make efforts to ensure that education is kept at a particular level.

The discipline of the group

Elementary school students are devided according to grade, based on age, and relations between older and younger students,and even the language used, are very distinct.
The junior-senior relationships fostered in school are in general maintained in society in terms of the seniority rule within companies.

Because of the way the Japanese form groups at all levels,it can be very hard for outsiders to penetrate the groups.Today thogh,with more Japanese working abroad and foreigners flowing into Japan than at any other time during Japan`s history,there has inevitably been a revolution in ideas among ordinary people as a result of this rapid internationalization.
A mark of this growing international consciousness is the greater willingness of people to contribute to overseas charities and to take part in volunteer activities.

Japanese culture is multilayered,marked by the coexistence and merging of completely different influences.
Dress: People normaliy wear western dress,but on ceremonial occasions Japanese dress is worn as well as western clothing.Those occupations which regard themselvesas being especially Japanese,such as restaurants serving Japanese Styles of dress.

Food: People enjoy food and cooking from all over the word.In the home, Chinese and western dishes are every bit as common as Japanese.
Restaurants specializing in a particular style of cooking such as Chinese or French are popular, as are fast food outlets selling hamburgers and pizzas.

The home: Western and Japanese elements are mixed in domestic architecture, and most homes blend eastern and western.Kitchens and children`s rooms, and the living room in the newer type of home, tend to be western in design.Bathrooms are basically Japanese, but combine western ideas in so far as showers are added.
Wester style lavatories are now predominant, but they are never to be found in the bathroom, as in America.Even in western style homes, shoes are taken off in the entry hall.At school, also , students generally remove their shoes at the entrance, place them in special racks, and change into inoor shoes.However,it is not usual to remove shoes at universitie, companies,and other public institutions. 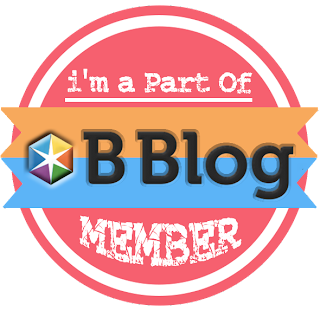